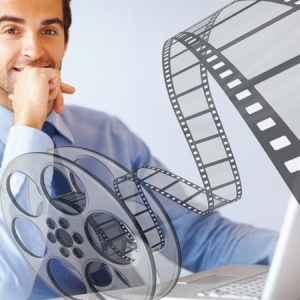 75% of Executives polled in a recent survey told Forbes magazine that they watch work-related videos at least once per week.

Do you know what that means? It’s proof that once a person becomes an executive, they don’t just give up their social media or online habits. Executives are totally reachable online. At times there is a perception that you need to sell to the lowest common denominator and hope that they bring your pitch to the next Monday morning meeting. Most marketing efforts target the bottom tier of the pyramid (because it’s the wider net to cast), in hopes that somehow the big cheese will get wind of it.

Why aren’t more companies marketing to the President/CEO/CFO/VP if these are the people with the main decision making power? Because we still envision an out-of-touch authoritarian perched in a corner office on the 25th floor, guarded by a security desk and card access points. Want to know the best (or worst!) kept secret of the digital age? The Internet is the great equalizer. The invisible wall between your marketing and their eyes does not exist. We do not still live in a world where every memo needs to go through a secretary before it gets to the corner office on the 25th floor.

Video can help you shatter that illusion and speak directly with an executive demographic. Here’s an earth-shattering factoid: CEOs use the Internet too.

To be clear, most VPs, Presidents and CEOs aren’t wasting their 9 to 5’s passing around the latest cat meme or spending hours on YouTube learning the Harlem Shake. Know your audience. Forbes says that 50% of CEOs watch “work-related” videos on YouTube at least once a week. They are looking to catch on to new ideas that will add value to their business. They are searching for inspiration, knowledge, partnerships, information and value-drivers. They are fed business related content through their social media channels like Linkedin, RSS feeds, blogs and even Twitter.

Perhaps the most interesting number is 65%. That’s the percentage of CEOs who visit the marketer’s website after viewing a video. Here’s where Explainer video becomes a marketers dream. You can bust through that the pre-digital-age “wall of engagement”. The primary decision maker watches videos, and then actively engages with the information. Video is not passive marketing; rather, it is active marketing.

Social media marketing is this generation’s great break-through. You don’t need a secretary to book you a meeting; if you’ve invested in video content, you’ve already got your foot in the door. 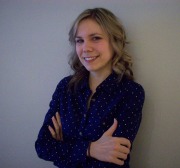 Christine Sheppard is a movie buff with a degree in Film and a career in B2B marketing. She graduated from Carleton University with her BA in Film Studies, and continued her education at Ryerson University specializing in Film Production and Media Arts. Her approach to marketing is strongly influenced by her education, exploring the effects of new media on popular culture and keeping her finger on the pulse of the trends in marketing communications. Her career highlights include promotions and copy writing for film and television and her role as a marketing specialist launching innovative digital projects, traditional, and social marketing campaigns in a largely B2B environment. She is a member of the talented team of writers at Illustrate iT. Head over to the Illustrate iT Blog to read her weekly posts about the hottest topics in video marketing!